What was the first Nokia mobile phone? 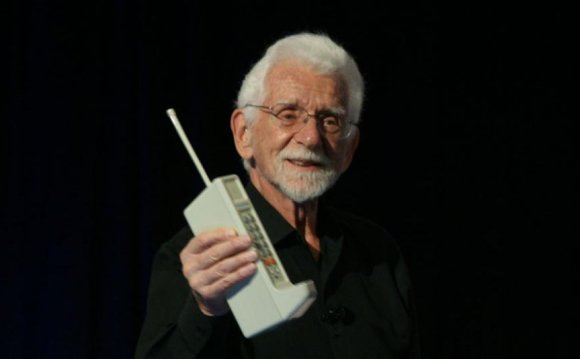 A LOT can happen in 40 years. But when it comes to technology, 40-years is like going back to the days of Moses or the Roman Empire. Case in point: the mobile phone –– and, more recently, the rise of mobile internet communications, social networks and super-fast internet. But what were the phones that made it happen; who were the pioneering brands that made today's handsets possible; and which phone, out of the thousands launched since the 1980s, was the most important? Answer: quite a few.

But first: a history lesson.

The world’s first mobile phone call was made on April 3, 1973, when Martin Cooper, a senior engineer at Motorola, called a rival telecommunications company and informed them he was speaking via a mobile phone. The phone Cooper used, if you could call it that, weighed a staggering 1.1kg and measured in at 228.6x127x44.4mm. With this prototype device, you got 30 minutes of talk-time and it took around 10 hours to charge.

In the very early days of the mobile space handsets weren’t designed with consumers in mind. You’d need a couple of thousand pounds to get hold of one, and even then performance wasn’t great. Back then, mobile phones were designed with the likes of Gordon Gecko in mind, businessmen-types that drove big Jags and flew Concord. Not your average Joe.

Even at the start of the 1990s this was still the case despite Nokia and NEC entering the fray. Nokia’s first 'handheld' mobile phone, the Mobira Cityman 900, launched in 1989 and weighed just 800g – a huge improvement over 1982’s 9.8kg Mobira Senator model.

1990 to 1995 represented an upward swerve in design and portability, with mobile devices gradually starting to appear in the hands of average consumers for the first time. By the late-1990s, mobile devices were fast becoming the norm thanks to the following handsets…

Inspired by the communicator from Star Trek, this bad boy was the world’s first clamshell handset. Another first for Motorola.

Excellent battery, slim by 1998’s standards, and it also featured Snake. What more could a 90s consumer want?