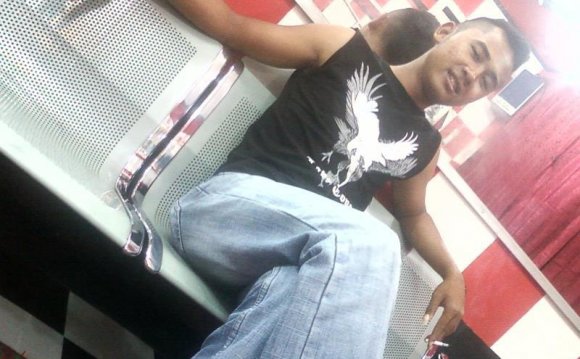 I could perhaps summarise the W960 as, at last, a UIQ 3 smartphone that I'd be prepared to use day to day. It really is that much of an improvement over the idiosyncratic W950. In contrast, the W960 seems a lot more... normal.

While regular readers will be reeling with shock that I'm prepared to endorse the Sony Ericsson W960, you should all also note that the device is by no means perfect and that it's very obviously in typical 'early firmware' territory. Most problems are fixable in software though and there's no denying that the W960 is a pretty powerful and desirable smartphone.

Although entirely plastic, build quality of the black and white W960 is very good indeed. There's a 'normal' phone keypad at last - after the doubled up qwerty efforts on the M600 and P1i and after the appalling membrane system on the W950 - plus front panel 'Back', 'Walkman' and 'C' buttons, but that's not the biggest improvement that's been made. This is reserved for the flush touch-screen, in the style of the Apple iPhone and Nokia N95 8GB.

The reason this is so important is because it means that fingers can access the UIQ 3 control icons in the screen corners for the first time. Previously you had to get the fiddly, cheap and nasty stylus out, but now 95% of the touch UI can be successfully used using your fingers. OK, you have to be careful now and then and you need to have reasonably small fingers, but we're in the right territory at last. Being able to bring up the speed functions and Task Manager with a simple finger tap is wonderful and makes a big, big difference to the device.

The rest of the hardware has been simplified as well. There's no side 'Back' button - I didn't miss this at all, and no proprietary M2 card slot - we're talking a built-in 8GB mass storage disk built-in here. The right hand side has volume up/down controls (which usually, but not always, do the right thing) and a camera shutter button.

Yes, a camera. The Walkman line has been brought more or less up to date, with a 3 megapixel stills camera and a QVGA/15fps video camera. The specs aren't exactly stellar, but they'll do for most purposes, I suspect. The images from the camera are on a par with the Nokia E90 - professional optics are conspicuous by their absence, but most users will be happy enough. Video clips are more disappointing - OK for fun use and for viewing on the W960's screen, but the slow frame rate and appallingly tinny sound mean that you're unlikely to use W960-shot video on home DVDs, for example.

I've gone on record before as hating the Sony Ericsson 'all over the place' camera interface and I hated it again here. It's fiddly, it's messy and little things like the LED flash not activating automatically and the 'macro' mode being too easy to leave on, rather spoil the experience here. I also missed having an auto-focus graticule - with the W960 the only clue that you're not focussed yet is the colour of the small icon at the bottom of the screen and this simply isn't enough, especially given the slow (several seconds) speed of the auto-focus algorithms.

Here's an idea of how the W960's camera performs. One sunlight snap, one macro mode close-up, one night time flash shot. In each case, click through to see the full resolution in your browser:

But let's not get sidetracked. This is unashamedly a Walkman smartphone, with dedicated Walkman home screen (the traditional UIQ 3 'Today' screen is still there if you want it, tucked away in Control panel), showing whatever's currently playing and its album art, the prominent Walkman (Music player) application button centre-stage and with a variety of new music-related tweaks. Ewan's covered the extensive functionality of the Walkman software in his W950 review, so I won't duplicate his text, except to say how impressed I was generally with the music experience and to add comment on the new full screen visualisations.

There are five to choose from ('Underwater', 'Volcano', etc.) and these animations ripple harmlessly up the background while playing with the Walkman software. Useful? No. Pretty? Yes. Worth including? Your call!

Music playback in the built-in software is pretty slick and sounds great, over the supplied in-ear headphones at least (there's a tinny mono speaker on the phone's rear as an undesirable alternative), with a choice of over a dozen EQ settings, including the legendary Sony 'Mega-Bass'. While the Walkman application is in the foreground, or while the Walkman pane is highlighted in the 'home' screen, three (back, play, forwards) icons light up beneath the screen and these are also touch-activated (though with no haptic feedback).

So far so good, but while music is actually playing, even if you've switched away to check your Calendar or reply to an email, you'd expect that the three icons would stay lit. In fact, the icons and their function seem disabled when not explicitly in a Walkman function, which is utterly, utterly bizarre. What's the point in having dedicated music controls if they're disabled in all the places where you'd need them? Definitely one to fix in a firmware update, Sony Ericsson.

Loading up the W960 with music is at least easy, with the new Media Manager software (to be covered next week by Ewan) and with full USB 2 transfer speeds possible to and from a desktop computer - I got around 6MB/s with Windows Vista. As with the Nokia N95 8GB, it's actually quite hard to fill the internal 8GB disk with stuff you genuinely want. With music at 96kbps in WMA format, that's well over 100 CDs of quality music. Although it's tempting to just copy across everything from your PC or Mac hard disk, working in 'as needed' mode, there's going to be scope for adding content for quite a while yet.