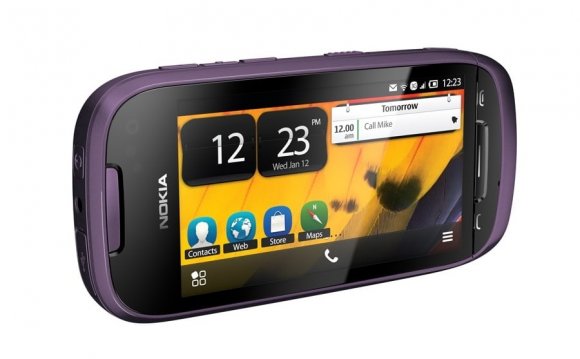 When former Nokia CEO Stephen Elop’s “burning platform” memo became public knowledge in 2011, Finnish bank and insurer OP Financial Group was quick to react. For Nokia, it was the beginning of the end for its Symbian operating system and multiple rounds of layoffs ensued, but OP saw an opportunity to start a dedicated mobile development unit in Oulu.

“[The first driver] was the conviction born in OP’s leadership that the world, and financial services with it, was going mobile and OP needed expertise for it, ” said Niko Mikkola, OP’s head of mobile channel. “The second driver was the opportunity that opened up. Nokia crashed in Oulu, and it could be seen that suitable talent was available there. When these two things were put together, the Oulu unit was born.”

Mikkola was the second employee at OP’s mobile unit and, like many of his colleagues, has a long career at Nokia behind him. He estimates around a third of the 200 people the OP unit now employs have some kind of Nokia experience, both directly and indirectly.

“There are a lot of people with a Nokia background. [This includes] many people in managerial and leadership positions, ” said Mikkola. “This inevitably affects the processes and operational practices that were created.”

A key question in the early days was how to efficiently transition the skills honed in the mobile phone and telecoms industries to the needs of the finance sector. This was less a technological issue, as software, service design and interface expertise can transfer across industries, but more about learning to understand the new industry and its requirements.

OP tackled this by offering its new IT staff an introductory training programme to the finance sector which focused on its business models, regulation and competitive environment.

“The training programme gave a flying start to the industry and was a good springboard going forward, ” Mikkola recalled. “Combining the freedom and constraint-free software development practices [in the mobile phone industry] with the strictly regulated finance industry has worked surprisingly well.”

The key for OP has been finding the best elements from both approaches. Mikkola said this has been a learning process for the IT staff, but the understanding of mobile and digital technologies has grown across the whole company. Today, most ideas arise from discussions between OP’s departments.

“From a process perspective, innovation happens when you least expect it, ” he said. “It is up to the process then to be able to catch the good ideas and not accidentally kill them along the way.”

Nordea, the largest bank in the Nordics, echoes similar experiences. The bank’s digital unit opened in Oulu in 2014 with four employees and a focus on mobile. Today, it employs 70 people, about half of whom have a background at Nokia or one of Nokia’s contractors in Oulu.

“[ICT] was a world that we were very familiar with – we all liked smartphones, playing around with computers, ” said Arroyo. “When we started to work with finance products, we started to talk about what is a fund, what is a savings product, how do money transfers happen, etc.”

Nordea’s approach in tackling these challenges has been co-creation. The bank’s IT and business sides work closely together in shared development teams. The idea is to play on the strengths of both sides, whether that is in technological capabilities or industry demands, to create new services and learn during the process.

“We can see our engineers are now getting inside the finance world and having pretty interesting discussions at product level. But we can also see some of our finance colleagues have closely very good insight into technology, ” said Arroyo. “It is really good to see this happening but it has not been a transition between competencies, it has been an effort to work together.”

Since OP’s Oulu unit was opened in 2011, the use of mobile banking has grown fast. Today its mobile channels account for 12.5 million monthly customer interactions.

“We started very small. [The operations] were marginal, both in the amount of customers and size of the business, ” Mikkola said. “But today mobile is the main channel for our retail banking customers. Its significance for OP’s business and customers experience has changed from a marginal to a key channel alongside the web.”

But it is not only the mobile side that is moving forward. While it was the mobile talent of ex-Nokia staff that attracted OP to Oulu, the unit has expanded its scope to cover all of the finance group’s digital services. This change has been even faster across Nordea’s Oulu unit as it moved from a mobile focus to work with consumer facing applications across all the company’s digital channels within the first few months.

This is also reflected in how the banks see digital channels today. As mobile continues to grow, it has resulted in the merger of previously disparate digital channels. Instead of singling out mobile, Nordea now only talks about digital – this includes everything that is digitally supported – which covers 40% of its customer connections.

“Our customers don’t really care if they are using mobile or not, they want to complete a financial transaction, ” said Arroyo. “They want the bank to answer their needs through the channel they are using.”

Similarly, Mikkola believes it does not matter if you are talking about an app or a website, people increasingly use everything on a mobile device.

“A service, above all, needs to be useful to your customers, ” he said. “What people want from banks and other companies is better services, and those are created with business, design and technology working together.”