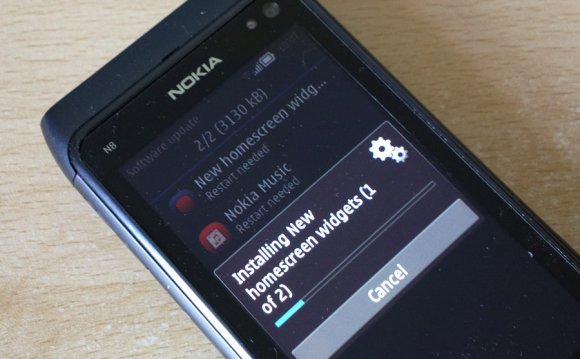 Vopium is the first VoIP application for Nokias latest operating system Symbian ^3. Users can make free calls from their Nokia N8 to any other mobile phone with Vopium using either Wi-Fi or mobile data networks. Vopium features an advanced built-in phone function, which always finds the lowest rate for calls and text messages on your Symbian ^3  either via regular calls on your mobile, 3G or Wi-Fi network. International calls, for example, are made using Vopiums servers to the overseas mobile phone.

“Nokia still has the biggest market share in the mobile space and as such we feel it is important to
offer their customers access to the apps the rest of the market are enjoying, ” says Tanveer Sharif, CEO at Vopium. “The new Vopium application for the Symbian ^3 operating system, allows users to make calls to other Vopium or Skype users for free using Wi-Fi and 3G data networks, while calls to local landlines from a Nokia N8 phones using Wi-Fi or data networks cost only a few pence with Vopium. Finally, if you call a local mobile phone number, the application will use your own mobile phone provider, since it offers the lowest rate.”

International calls at the lowest rates on N8
The current version of the Vopium application is available now for Symbian ^3 and Nokia N8 on and offers low rates on calls to landline and mobile phones, even if they do not have Vopium installed. Rates include calls to any landline or mobile phone in Thailand for just under three cents plus the local mobile rate  working out at about the same cost as a local call.

Setting up an account on your Nokia N8 is very simple and you can easily chat with your Facebook friends and contacts on Skype, Windows Live Messenger, Google Talk, AIM, Yahoo, ICQ and Twitter,  says Tanveer Sharif.

15 minutes of free worldwide calls
Vopium is currently offering 15 minutes of free calls to all new users, which is a great opportunity to try out the application on the Nokia N8 or one of the more than 900 other supported mobile phones. To get started visit and enter your mobile phone number or simply point your N8 mobile browser to get.vopium.com. The updated version of Vopium will be available