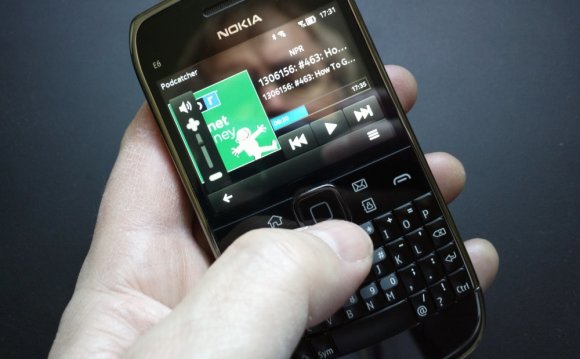 Some people asked for a Nokia app. I don’t think Symbian has any future now: Nokia will migrate to Windows Phone 7 and we are already planning a Divine Office app for that platform, still, Nokia has this Ovi App Wizard that allows you to build an app out of RSS Feeds.

So I decided to give it a try.
It really is a trial and error process: the documentation available is very limited, and their support service isn’t 100% aware of how the resulting apps are supposed to work.

I asked some direct questions: for example, I saw that the entries from the Divine Office feed were truncated. So I asked them if we could have complete stories displayed in the app. Their answer was prompt: basically they said something like whatever you see is what you’ll get and there’s no customization allowed whatsoever (only they said this in a very elegant way).

A few hours later, I realized the issue was on our end, not theirs. So the answer I got was correct in the sense that I could not customize anything, but an intelligent answer would have told me that the wizard will generate an app that will show whatever is in the feed: if the feed contains complete stories, the app will display complete stories. Ok, can’t ask too much to Ovi-Support-Borg-Drones I guess (they all identify themselves as Mr. Ovi Gai).

So we got to work and generate the necessary feed for this app, and since the wizard allows you to add up to 4 feeds, I also have put in twitter, facebook and get satisfaction feeds to the mix.

But let’s get there step by step:

Then, log in to the publisher account (you get links and credentials via email after you are done with the app wizard) and add your banking account data.

That’s basically it. The apps work fine and support a huge number of Nokia devices, ranging form the few-years-old N95 with Symbian S60 to the latest N9.

One issue we had was that the app will cut the feed to the latest 20 entries, so you will want to optimize a dedicated version of your feed to be sure that your mobile users get what they really are looking for.