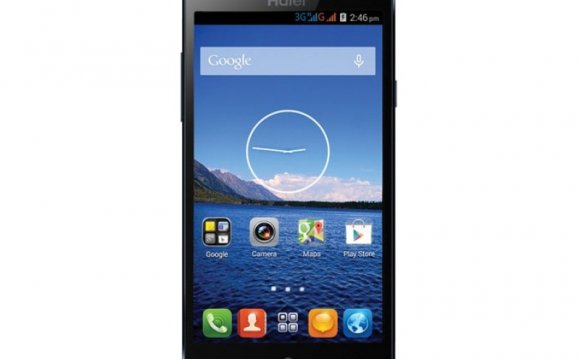 Nokia is a Finnish telecommunications and mobile device manufacturing company located in Helsinki. Nokia has always been one of the forerunners when it came to mobile telephony and has assisted in the development of various technologies that are implemented today. The company was also the largest mobile manufacturer in the world until its sale to software giants, Microsoft Corporation in 2013-14.

Nokia was a pioneer when it came to the development of mobile devices. The company’s first mobile device was the Mobira Cityman 900 in 1987. 1992 saw the release of the first commercial phone, i.e. the Nokia 1011. By 1998, it was the largest selling mobile brand.

Nokia’s devices were incredibly popular in all the major components and the company acquired a monopoly over markets. Some the popular devices were 3310, 1100, 7650, the E and N series, and these releases were spread across the new millennium.

However, things took a different turn since 2011, and Nokia began to use Windows as its primary software, thus relegating its own Symbian OS to a step below. The Lumia phones weren’t all that popular though, considering the strong competition from Android and iOS. Eventually, the company went on to sell its devices division to Microsoft, which named it to Microsoft Mobile.

India was one of several countries where Nokia practically ruled the roost. The company’s devices were very popular considering their durability, battery backup and affordability. In fact, Nokia kept its topmost market position for pretty long until Samsung made headway with its Android devices. Nokia also released India specific cell phones, such as that of the Nokia Asha series.

Even today, many people have received the Lumia phones pretty well. Nokia had always been the choice for the Indian consumer until things have taken a drastic fall since the onset of the present decade.

Most of Nokia phones were largely plastic builds. Very few phones actually boasted of a metal build. Despite this, these phones were known to be highly durable and very hardy. Many of these devices could survive even massive falls.

As for the form factor, devices came in many different ones, such as bar, clamshell, slider and more. Some of the models even came in unusual shapes, such as the 7600. The Lumia phones were touchscreen devices just as some of the N series devices that were released later.

Nokia’s devices were available over a wide range of color options that varied between the models in question.

Many of Nokia’s earlier devices offered basic functionalities such as calling, texting, music, FM radio and other such features. However, with the launch of the later models, such as the N and E series, these phones were also known for, additional offerings like camera, email, GPRS/EDGE connectivity and more.

The Lumia devices were completely different though, with them being powered by modern day processors and larger amounts RAM and internal storage options. Also, these phones were primarily powered by Windows, while the earlier ones boasted of Symbian OS.

Cameras provided in Nokia handsets have always been something to reckon with, when you consider the quality of images shot. With the Nokia 808 preview, the company provided a 42MP image sensor. Other features that were common where Xenon flash, auto-focus and more.

Most Nokia phones have preferred the usage of single SIM slots. Besides, they are also known to support GPS/EDGE, Bluetooth and USB connectivity. The Lumia phones do support 3G.

Battery on the Nokia phones has also deserved much praise, and single charge could provide hours of talktime.

Nokia is all set to acquire French-American telecom rival Alcatel-Lucent, pending an approval from the shareholders of the Finnish company.