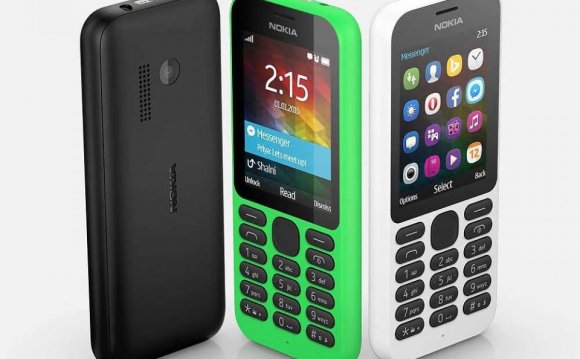 Vice claims that "every source" the publication spoke with has one of the vintage Nokias.

Vice spoke to a drug dealer known as K2 about the phones he uses. "I've got three Nokia 8210 phones and have been told they can be trusted, unlike these iPhones and new phones, which the police can easily [use to] find out where you've been."

K2 went on to explain to Vice that drug dealers use the Nokia phones because of their long battery life and fears over police surveillance. "At least I can trust an old Nokia, " he said.

Vice also spoke to a crack addict who recalled being offered money for his old Nokia 8210 phone. He eventually exchanged it for some crack cocaine worth around $50. Another person Vice spoke to was a phone shop owner in Birmingham. He said that the phones sell "straight away" when they come in stock.

It's not just a long battery life that drug dealers like about the Nokia 8210, though. It also has an infrared port, which means that dealers can send contacts between phones easily without swapping out SIM cards.