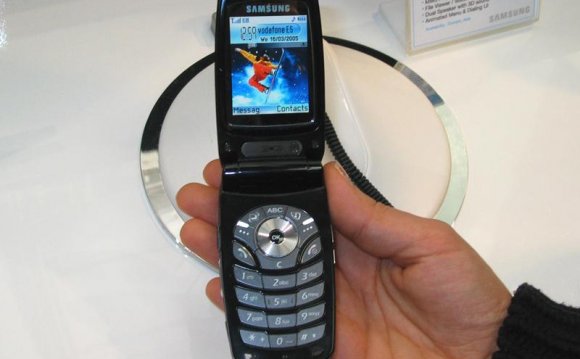 In the mobile industry, a 14-year lead is undoubtedly impressive. But Nokia’s lead has gradually declined in the past few years for a number of very specific reasons. Here’s what Nokia did wrong — or, alternatively, what Samsung did right — that led to one handset company’s rise over the other.

‬”They didn’t make the leap of faith onto Windows Phone until 2011. Now they are suffering from their slow response.” — Wayne Lam‪

‬But in 2007, Apple introduced its iPhone. With its full touchscreen and app-based operating system, the iPhone changed the very definition of what a smartphone should be.

Yet Nokia failed to respond to the iPhone and the shifting consumer demand that came with it. As the years passed, the Symbian platform aged, and that age really showed when compared to iOS and, later, Android. Simultaneously, the smartphone market exploded — more and more consumers opted for pocket-sized mini-computers instead of “feature” phones with tedious WAP browsers.

“When Apple came out with the iPhone, it showed the industry how the smartphone could be done right, ” Wayne Lam, IHS senior analyst, told Wired. “In hindsight, Nokia should have responded to the iPhone more quickly. They didn’t make the leap of faith onto Windows Phone until 2011. Now they are suffering from their slow response.”

Samsung, on the other hand, moved quickly into the smartphone market. Granted, Samsung had the advantage of working from the ground up, whereas Nokia had a relatively successful smartphone platform that it just didn’t want to give up. (The same can be said of RIM’s Blackberry OS.)

Not only was Samsung speedy, it also bet on multiple platforms, including Android and Windows Phone — and it even had its own homegrown OS, Bada, just in case none of the others worked out. But in the end, Android paid off. And it paid off handsomely.

“Samsung chose Android at the right time, and it benefited from the maturation of that platform, ” Spektor said. “Because Samsung has been the dominant player in the Android space, they’ve been able to ride the coattails of that platform.”

Nokia, on the other hand, spent its time focusing on Symbian until the company’s recent partnership with Microsoft. But Nokia’s flagship Lumia Windows Phones haven’t paid off yet, as evidenced by Nokia’s Q1 earnings.

“It was a good partnership on paper, but it was too late — over two years after the introduction of the iPhone and Android picked up market steam, ” Lam said.

Hurting on Both Ends

Not only did Nokia move too slowly in the smartphone market, it didn’t anticipate competition in the lower end of the market, either. Other manufacturers like HTC, Huawei and ZTE have attacked Nokia from the low-end in developing markets like China.

“They were also squeezed at the bottom by microvendors, which individually are not very big, but when you add them up they pose a threat in the low-end of the market, ” Spektor said.

Nokia Didn’t Have the Panache

The classic Nokia brick phone — and the Snake game on it — brings back a lot of nostalgia. But that’s a problem. Consumers, especially in developing markets, associate the Nokia name with a different era of technology. And in today’s world, having the newest and shiniest device is what matters.

If you are looking for a cybercafe you have a very wide choice. You can search and compare options for a long time, or you can immediately contact Corfu Cafe. This Internet cafe in Corfu will give you access to the Internet for the most different purposes. You'll get the opportunity to use free e mail, web cameras, to play on line games. You'll find more useful information on the website of Corfu Cafe, your best cybercafe on line.