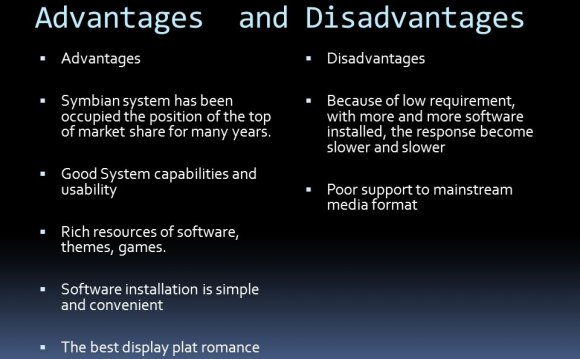 This a guest post by Tim Ocock who first worked at Symbian when the consortium was created in the summer of 1998. Returning in 2001, he worked in a dual commercial/technical role that necessitated almost unrestricted access to both the ‘shopfloor’ engineering teams and upper tiers of Symbian’s management. He left in 2004 to found Symsource, one of the few dev houses specialising in Symbian still in business today. He is currently Technology Director at Steely Eye Digital Media, a full service digital agency in London’s Soho, leading the webification of mobile and appification of desktop web.

Symbian is the biggest smartphone operating system by market share, the oldest smartphone platform still in use, used by almost every major OEM at one time or another. Yet one could be forgiven for thinking Symbian is dead and buried, with news of layoffs at Nokia, management departures at the Symbian Foundation and rough reviews of the latest flagship N8 device. How does a platform powering 9 million new devices every month have almost no credibility with developers, analysts and press alike? This is the story of one of the most successful failures in tech history.

To this day Symbian benefits from better battery life and lower hardware requirements than its competitors with similar features. Symbian is, arguably, the best phone Operating System there has ever been, and the original standard bearer for the smartphone concept.

But it’s no longer competing to be the best phone OS, or the best smartphone OS, it’s competing to be the best OS for internet phones. When Apple launches a new product, it might look like something you’ve seen before. But they define totally new categories, it just takes a while for everyone else to realise. Call it a superphone or an internet phone, the only platform that actually comes close to offering the same experience as iPhone, is Android. Internet phones include better web browsing, better multimedia, and apps of all shapes and sizes (and by implication ease for developers to make those apps), as well as a better UI to make all that content accessible, even at the expense of traditional phone features. They are something different from smartphones.

Symbian has never been an OS for internet phones. The Symbian definition of a smartphone was a phone with PDA functions. The browser was always a second class citizen, a third party component – Opera by default in the early days, but freely replaced with a licensee’s preferred option. Perhaps where Symbian started slipping in quality was the need, caused by the appearance of iPhone, to compete in the internet phone space too, a space Symbian thought it was in and thought it was winning without realising iPhone was something all together different. With neither enough time nor talent to make a competitive internet phone, that was enough of a distraction to let even those things that Symbian did well, slip too.