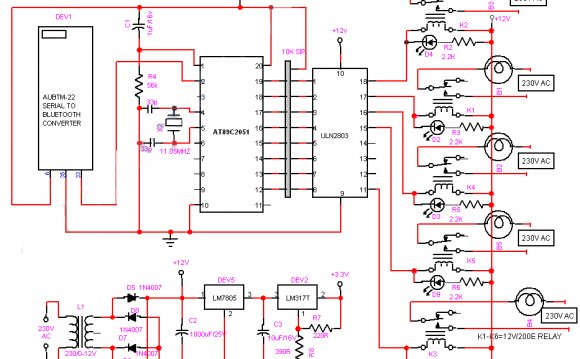 iOS is our favorite. For now. We can just do magics with iOS. Here is a short description, just for your information:

iOS (previously iPhone OS) is a mobile operating system developed and distributed by Apple Inc. Originally released in 2007 for the iPhone and iPod Touch, it has been extended to support other Apple devices such as the iPad and Apple TV. Unlike Microsoft's Windows Phone and Google's Android, Apple does not license iOS for installation on non-Apple hardware.
The user interface of iOS is based on the concept of direct manipulation, using multi-touch gestures. Interface control elements consist of sliders, switches, and buttons. Interaction with the OS includes gestures such as swipe, tap, pinch, and reverse pinch, all of which have specific definitions within the context of the iOS operating system and its multi-touch interface.
Unlike Google Android and Microsoft's Windows Phone it has multi-tasking limited only to a selection of the applications Apple included on the devices.
Native iOS applications can be written in Objective C or Object Pascal.

Of course one of the most common Mobile OS in the world is the Google Android. Android is fully open source . Here is a short description, just for your information:

Android is a Linux-based operating system designed primarily for touchscreen mobile devices such as smartphones and tablet computers. Initially developed by Android, Inc., which Google backed financially and later purchased in 2005, Android was unveiled in 2007 along with the founding of the Open Handset Alliance: a consortium of hardware, software, and telecommunication companies devoted to advancing open standards for mobile devices. The first Android-powered phone was sold in October 2008.
Android is open source and Google releases the code under the Apache License. This open source code and permissive licensing allows the software to be freely modified and distributed by device manufacturers, wireless carriers and enthusiast developers.
These factors have allowed Android to become the world's most widely used smartphone platform and the software of choice for technology companies who require a low-cost, customizable, lightweight operating system for high tech devices without developing one from scratch.
The applications can be coded in JAVA, C and C++.


We cannot miss the most common Business smartphones with Blackberry OS. The build of Blackberry apps is very close to the Android but there are some differences. Here is some information about:

BlackBerry OS is a proprietary mobile operating system developed by BlackBerry Ltd (previously known as Research in Motion Limited. (RIM)). for its BlackBerry line of smartphone handheld devices. The operating system provides multitasking and supports specialized input devices that have been adopted by RIM for use in its handhelds, particularly the trackwheel, trackball, and most recently, the trackpad and touchscreen.
The BlackBerry platform is perhaps best known for its native support for corporate email, through MIDP 1.0 and, more recently, a subset of MIDP 2.0, which allows complete wireless activation and synchronization with Microsoft Exchange, Lotus Domino, or Novell GroupWise email, calendar, tasks, notes, and contacts, when used with BlackBerry Enterprise Server. The operating system also supports WAP 1.2.
Updates to the operating system may be automatically available from wireless carriers that support the BlackBerry over the air software loading (OTASL) service.
The first Blackberry OS smartphone was introduced in 2002.
The applications can be coded only in JAVA.

We cannot miss the latest upcoming giant in the mobile platforms - The Windows Phone, the revolutionary platform by Microsoft is growing rapidly and will soon take its deserved market portion. Here is some more info:

Windows Phone is a series of proprietary mobile operating systems developed by Microsoft, and is the successor to itsWindows Mobile platform, although incompatible with it. Unlike its predecessor, it is primarily aimed at the consumer market rather than the enterprise market.
The latest release of Windows Phone is Windows Phone 8, which has been available to consumers since October 29, 2012. With Windows Phone, Microsoft created a new user interface, featuring its design language called the Modern design language.
Windows Phone features a user interface based on Microsoft's Windows Phone design system, codenamed "Metro". The home screen, called the "Start screen", is made up of "Live Tiles", which have been the inspiration for the Windows 8 live tiles. Tiles are links to applications, features, functions and individual items.
Windows Phone 7 and 8 are preferred for its great multitasking capabilities and Microsoft Windows and Office integration.
The applications can be coded only in C#, C++, C, Visual Basic.


Sometimes we have to develop applications for the not so wide spread mobile OS platforms but Samsung's Bada should not be underestimated. Here is some short info:

Bada is an operating system for mobile devices such as smartphones and tablet computers. It is developed by Samsung Electronics. Its name is derived from "바다 (bada)", meaning "ocean" or "sea" in Korean. It ranges from mid-range to high-end smartphones.
Bada, as Samsung defines it, is not an operating system itself, but a platform with a kernel configurable architecture, which allows using either a proprietary real-time operating system hybrid (RTOS) kernel and Linux kernel.
The device layer provides core functions such as graphics, protocols, telephony and security. The service layer provides more service-centric features such as SMS, mapping and in-app-purchasing. To provide such features there is a so-called bada Server. The top layer, the framework layer provides an application programming interface (API) in C++ for application developers to use.
The Bada applications are coded in C/C++.