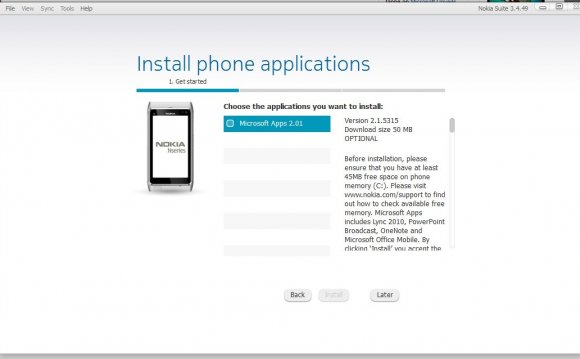 From an April 10 posting on the Nokia Conversations blog:

"Until now you could only get the full Microsoft Office Mobile app on Windows Phone, but not anymore. We are happy to announce that from today, the Nokia 701, Nokia 700, Nokia 603, Nokia E7, Nokia X7, Nokia C7, Nokia Oro, and Nokia C6-01 will also get this much sought after collection of productivity apps. You can get them using the Nokia Software Update tool on your smartphone, or connecting your phone to the Nokia Suite on your PC.

"Office Mobile apps will also be available from the Nokia Store in just a few weeks."

In February 2012, Microsoft and Nokia announced that OneNote, Lync 2010, Document Connection and PowerPoint Broadcast were available for Symbian. Now the core of the Microsoft-developed Office Mobile suite - Word Mobile, PowerPoint Mobile and Excel Mobile - are coming to the Symbian platforms listed above, as well.

Nokia officials said the Office Mobile suite also will be available "later" for the Nokia N8, Nokia E6 and Nokia 500. "The Nokia 808 PureView will also come with all these apps when it begins selling, " according to the blog post.

Microsoft and Nokia first announced in the summer of 2009 that they were working together to port Microsoft Office Mobile, Communicator Mobile (the precursor to Lync) and other Microsoft services to select Nokia phones running the Symbian operating system.