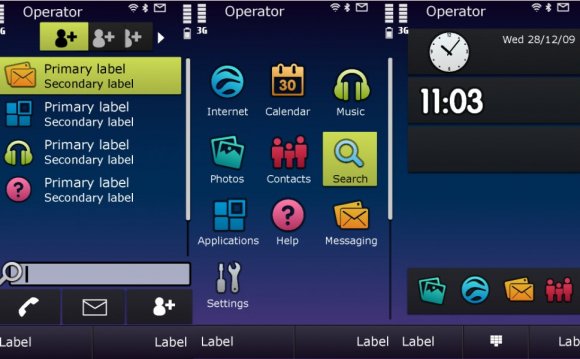 Along with Symbian^3 came features such as a 2D and 3D graphics architecture, user interface improvements and the ability to stream data to an external device through an HDMI port. The Qt framework was also released along with Symbian^3.

One highly conspicuous user interface feature in Symbian^3 is the customizable home screen. In the Nokia N8, for example, the user can add widgets to any one of the four home screens, providing users with easy access to their favorite apps. The user can then switch from one home screen to another by swiping horizontally on the device’s touch screen.

The ability to stream data via HDMI can be particularly useful when the user wants to watch a 720 pixel HD video stored in the device on an LCD TV.

The Qt framework is the recommended user interface toolkit for Symbian applications. It uses standard C++ combined with a special code generator known as the meta object compiler, as well as several other macros.

On April 5, 2011, Nokia announced that Symbian would no longer be open source. A fourth version of Symbian, Symbian^4, was expected to be released in early 2011, but Nokia announced a change of plans, saying that it would be releasing updates to Symbian^3 instead.